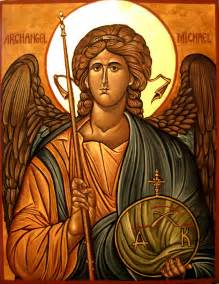 BLOG 40 May 15, 2017 MIRACLES NEVER CEASE Robert Wise explores the world of Divine intervention from an objective point of view. Can 21st Century people believe that the hand of God touches people in today’s world? Read and you’ll find new insights.

When Leslie began hearing angels, the idea complicated her sense of stability. Consequently, she went to psychologist Dr. Jonathon Cargill to make sure she was not off the track. After a battery of psychological tests, the psychologist certified her as balanced and normal. The same results were later affirmed. There was nothing wrong with Leslie.

The ministry began to unfold because she wanted to comfort the afflicted. With unusual sensitivity, Leslie helps strugglers find direction and support. She is keenly aware that the ministry is never about her.

Her ministry is fundamentally the restoration of damaged souls. Leslie’s goal is to bring wholeness to anyone in need. Leslie’s ministry is not divination or some form of predicting the future. She understands herself to be operating in a biblical framework as the book of Acts describes (Acts 2:17-18). Leslie believes her primary gift is obedience. The unusual ministry flows from fidelity. Her encounters with angels is an expression of the gifts of the Spirit.    Leslie believes that everyone has a guardian angel. Through prayer and meditation, her experience has been that anyone can get in touch with this resource. She believes we will discover that they have already been at work within us as the still, small voice offering guidance. When a message abruptly floats through our minds and we have no idea where it came from, she believes our guardian angel might be offering guidance.

Such an experience occurred when the Draper family lived in Glen Rose, Texas. She hurried out the door to pick up her daughter at school. As she was backing out of the driveway with her three-year-old daughter in the back seat, she saw money in the driveway and believed it had fallen out of her purse. At that moment an angel showed her a disturbing image of her falling out of the car to pick up the cash. She put the car in park and collected the money, thinking about how little money they had. After she got back in, Leslie saw other money on the grass and opened the door to lean down and get it. The car started to roll.

The inside panel gave way and she tumbled out, falling under the car. What followed only took seconds, but felt like an eternity. Leslie was abruptly upright in the car seat with no idea how she got there. For a moment, she thought maybe she was dead and was in shock. Two hands had grabbed her and put her back in the car. Leslie felt the imprints on her arms and looked for the stranger that saved her. No one was there. Suddenly, she remembered the warning and felt the angel Michael warned her to be careful.

In retrospect, she discovered that angels have the capacity to intervene but do so only if it is for the highest good and honors free will. They never interfere with free will and only offer guidance.