Robert Wise explores the world of divine interventions from an objective point of view. An Archbishop in the Communion of Evangelical Episcopal Churches with a Ph.D., Rev. Wise relates his interviews with persons who experienced the touch of God.

In these blogs I made no distinction between Protestants, Roman Catholics, Orthodox, and Jews. My quest is to discover the miraculous. The stories are simply what they are regardless of where they happened or to whom. Along the way I discovered that God has no favorites and blesses all groups, even those that distrust and hate each other. Heaven doesn’t operate on prejudice.

Along the way, I also discovered a distinction between miracles (instantaneous explosion of grace) and divine interventions (more gradual and on-going expressions of empowerment). All of which it is to say we have to accept what God does on His terms, not ours. His methods remain His ways.

That’s particularly true of unexpected angelic appearances. For 2,000 years, Christians said the Apostle’s Creed with the phrase the “communion of the saints.” For Traditionalists that meant a continuing relationship with the departed, the saints. For Protestants, it tended to  mean having a monthly church fellowship supper. Sorry. The creed was always about the possibility of connecting with eternity.

One of the expressions of this belief is that saints have continued to intervene. Sometimes, the appearance is angelic, other times spiritual giants from the past spoke. For example, last summer I was in Rouen, France where Joan of Arc (the patron saint of France) was burned at the stake. Her crusade began through the visitation of Saint Catherine, Saint Michael, and Saint Margaret when they appeared to her in her father’s garden.

History has recorded such experiences through the last two millennium. Perhaps, the most striking have been the appearances of the Virgin Mary, often call the ‘apparitions of Mary.” Such happened at Guadalupe that began the conversion of Mexico. The appearance of Mary to Bernadette Soubirous at Lourdes, France created the healing water of Lourdes where to this day people receive remarkable healings.

The appearances of Mary at Fatima in 1917 contained important vital messages. While the Communist revolution was exploding, Mary instructed the visionaries (and everyone) to pray for its removal and spiritual renewal to follow. Decades later this occurred in December 1991. Mary also gave insight into the attempt to execute a Pope which happened to John Paul II.

In the second half of the 20the century, I became aware of similar appearances of Mary at Medjugorje. Interestingly enough, she appeared to children from a poor village in Yugoslavia, then a Communist country. You might note that the above assorted appearances were all to innocent children or poor people in adverse circumstances. (Gives you something to think about living in affluent America) When I was in Hungary, I attempted to go to Medjugorje but the Bosnian War only got me down to the Adriatic Sea where I had to turn back.

Anyone interested in miracles and divine interventions will find the story of Medjugorje important. Interestingly enough, one of the most insightful accounts is by a Lutheran Protestant Wayne Weible. He was there on a number of occasions and became close to the visionaries. Medjugorje: The Message published in 1989, Paraclete Press can be ordered through your book store. You will be moved by how Weible’s life was affected and changed by his discoveries. Read it.

How did the appearances of Mary happen? Some actually saw her. Others heard her voice in their minds. All were immediately and decisively moved. They were not the same again.

Is Mary and other saints still speaking to people today? The record says yes. Next week I will share an amazing story of how a person was healed through such an encounter. In the meantime, get out there and order Medjugorje: The Message. You will be encouraged.

Remember to expect the unexpected.

I have a new book coming out.

MAN ON FIRE can be ordered on Amazon or at your local book store.

By the way, I’d love to hear your story if you’ve experienced a divine intervention.

Send it to me at Wise on Miracles@gmail.com.

where I post interviews with people sharing their experiences with divine encounters!

Robert Wise explores the world of divine interventions from an objective point of view. An Archbishop in the Communion of Evangelical Episcopal Churches with a Ph.D., Rev. Wise relates his interviews with persons who experienced the touch of God.

People often discount special revelations or consider the messengers to be weird. However, in times of radical change and upheaval we are reminded to pay attention to possible ‘revelations’ that have a bearing on the future. In August 1982 visions of atrocities surfaced in Rwanda among Christians. Many citizens wanted to flee the country. Years later the genocidal war between the Hutus and the Tutsis spun out of control with unbridled killing. The earlier prophecies proved to be true.

The warnings first took place in a school dormitory. The appearance of a woman dressed in a flowing robe and dress down to her ankles was followed by instructions and a time when she would return. The viewers immediately believed they were experiencing the Virgin Mary, the mother of Jesus.

On that appointed day thousands saw a spectrum of colored lights flash across the sky over the city of Kibeho. The night stars sparkled in a brilliant illumination. As Mary’s message was uttered, it was broadcast over loudspeakers. Large numbers of people heard her warn of a lack of personal piety and sanctity as well as failing to listen to the words of God that could be found in the scripture.

Unexpectedly, Mary asked one of the listeners. “Why have you not asked me for water? I will give you rain of consecration.”

Because this message came in August when there was virtually never a rain, the listeners did not know what to expect. Shortly, after the message was given, raindrops started to fall. Instead of retreating indoors, the people of Rwanda knelt in the mud and praised God for his blessing. Women ran for containers to collect the heavenly downpour.

As a result, a spontaneous renewal of faith spread across the country. Mary had warned of hard days ahead but for the moment her admonition and forewarning had come in the form of a blessing.

For sixty years, America has faced an “Hour of Decision” and now for the last decade we have lived in harrowing times.

Anyone out there received another “Revelation from Rwanda?”  If so, let all of us know.

I have a new book coming out.

MAN ON FIRE can be ordered at the local book store. I can make copies available at:

I hope you’ll avail yourself of this inspiring story!

By the way, I’d love to hear your story if you’ve experienced a divine intervention.

Send it to me at Wise on Miracles@gmail.com. 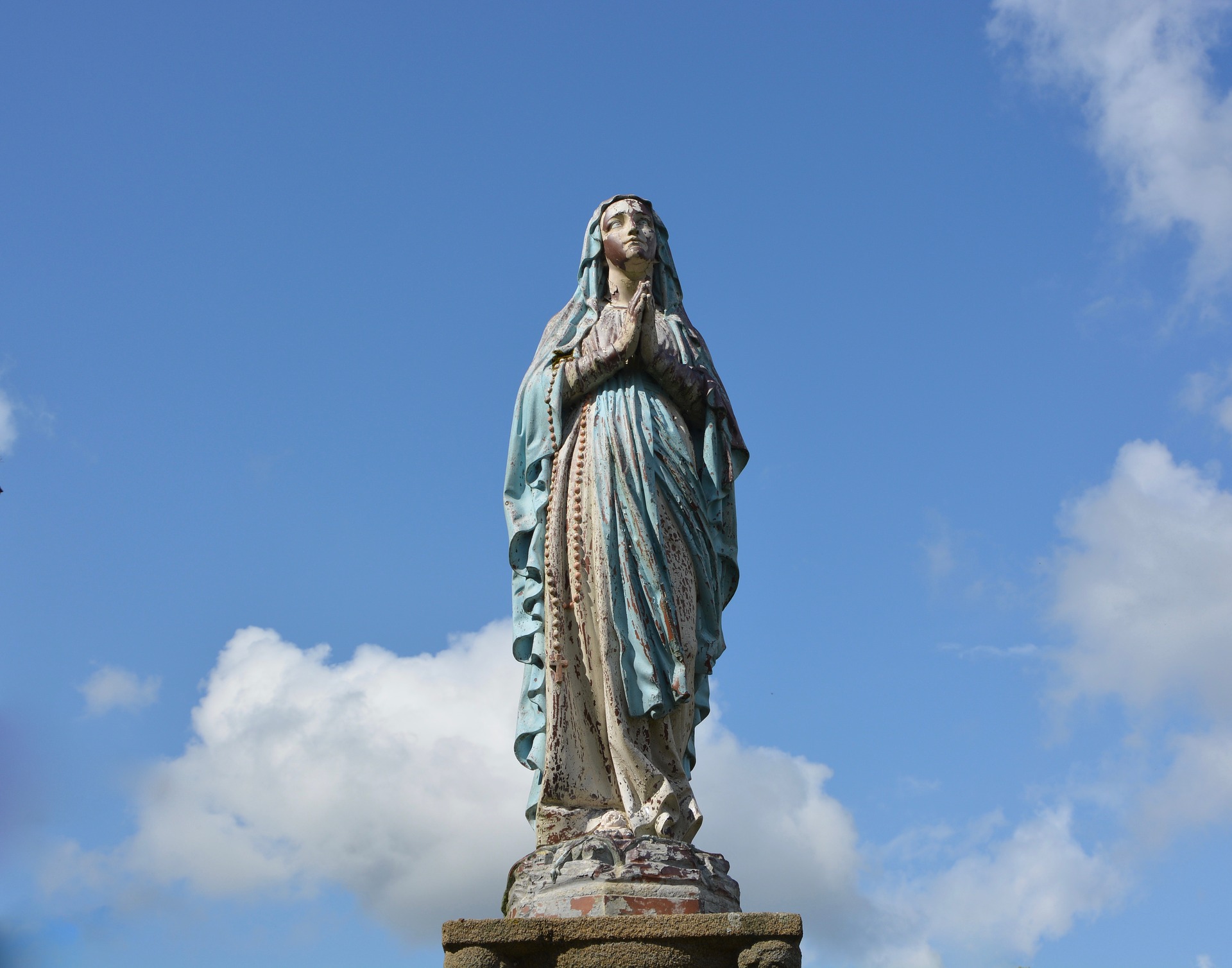 Often, I hear from people who have experienced miracles or divine interventions. I look forward to receiving these accounts as they deepen our understanding of how these experiences occur. Could you be like that? If so, please share your story with me. Drop me a note at revwise@att.net.

Last week, I noted that if you follow the stories of divine interventions, you will eventually notice that miracles seem to happen more frequently in Third World countries. Migrants from South America and Mexico are often far more devout than Americans. They are part of a hemisphere that tends to be open to the work of the hand of God.

Once when I was in Cairo, Egypt, I traveled to a suburb where a Coptic Church was believed to be built on the site where the Holy family lived when Joseph brought them to Egypt to avoid death by King Herod. I have seen few sights that looked more ancient (and covered with dust) One of the strangest divine interventions in recent years occurred at this church.

The Coptic Church is one of the most ancient churches in the world. Founded by the Apostle Mark in 43 A.D., the church came into existence when Nero was the Roman emperor. In today’s world, the Coptics have suffered significant persecution from Muslim bombings and attacks.

On April 12, 1968, two automobile mechanics working near the church happened to stop their tasks and glanced up at the dome on the top of this church. They were astounded to see what they thought was a nun dressed in white standing on the top of the dome. They immediately thought she was going to jump and ran to get the priest. A crowd gathered and began shouting for the woman not to jump. To their amazement, the image of the woman began to fade and eventually disappeared. Seven days later the figure reappeared. The priest saw the image several times and said it was preceded by brilliant flashes of light.

Other witnesses described the image as beautiful and believed the image was Mary, the mother of Jesus. She would bow and bless the crowds who immediately fell to their knees. With these appearances, healings began to occur such as restoration from urinary bladder cancer, cancer of the thyroid gland, blindness, limb paralysis, as well as recovery from viral infections.

I saw a photograph of the figure of Mary standing on the dome. A little on the fuzzy side, one could clearly see the figure standing there. Why would such an occurrence happen? What does it all mean? Much like the experience of Bernadette Soubirous seeing the Virgin Mary that created the healing waters of Lourdes, France, for believers no explanation is necessary. For unbelievers no explanation will be acceptable. Roman Catholics embrace these experiences much easier than Protestants do. However, the evidence that cannot be denied is the spontaneous healings that followed.

Whatever one decides about such an experience, it is not meant to be explained, but to lead us to worship.