BLOG 61 November 13, 2017 MIRACLES NEVER CEASE Robert L. Wise has interviewed people in many states about their experiences with divine encounters. Recognizing the secular mind set of many, he presents the evidence of miracles as he discovered them. Take a good look and see what you think. 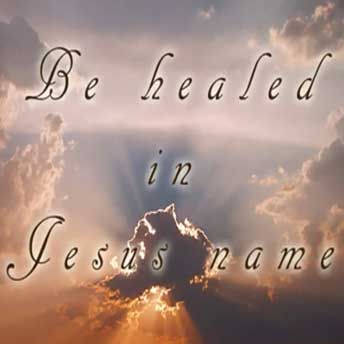 Richard and Jacki Carlson have been our dearest friends for decades. We were eating supper together the other night, when Jacki shared this story.  Their  son (now a grown man) was only nine-years old when he told his mother Jacki that he had a serious stomach ache. She put Chris to bed, but the condition worsened. After a few hours, Jacki and Richard Carlson realized their son was in trouble and took him to a nearby emergency room

After an examination, the staff insisted that he needed immediate surgery for a bowel obstruction. The intestine near the colon was twisted and tissue had been deteriorating. The matter was extremely serious and couldn’t wait. The surgery revealed blockage that turned out to be the size of a football and demanded a colostomy, bag and all. After the surgery, the doctor informed the family that around 10 inches of his colon would have to be removed a number of weeks later. Of course, taking out intestine from a nine-year old boy could create other serious problems, but the section of intestine was dead.

The Carlson were highly alarmed and called their church friends to begin praying. Their particular church firmly believed that the Holy Spirit would be important things and they pursued healing. A team of intercessors gathered around Chris’ bed. People with a gift for intercession prayed fervently. The family applied every insight they could find in scripture. Everyone sensed something important was happening.

Just before the surgery, Jacki told the doctor they were expecting a miracle. He smiled, nodded, but seemed more to be  pandering her. The surgeon expected to remove eight to twelve inches of the intestine in the area of the colon. The Carlson family settled in as the long surgery began.

When the doctor came out, he was shaking his head in disbelief.
Never seen anything like it, he said. That portion of the intestine that was twisted and dying had completely straightened and regenerated. The tissue was healthy and normal.

He didn’t have to remove anything.

“You got your miracle,” the doctor admitted.

Jack and Richard thanked God they had taken a stroll through miracle land.

Dr. Robert L. Wise would love to hear from you regarding your comments to his blog or your own story of miraculous intervention and miracles. Email: miraclesnow2017@gmail.com or https://www.facebook.com/drrobertwise/
Loading Comments...
Comment
×
<span>%d</span> bloggers like this: