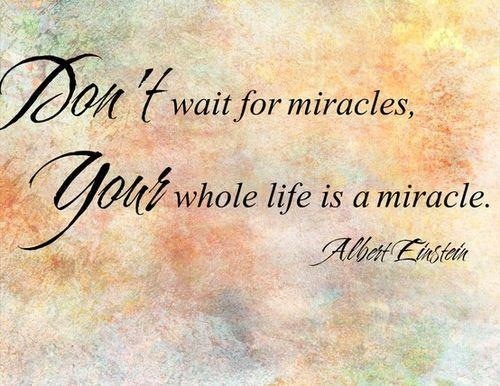 In our quest to understand how and why miracles occur, people often suggest that having the correct doctrinal viewpoint is essential. Some folks might even say that you have to belong to the right church. Since today there are over 40,000 expressions and denominations of the Christian faith, it might prove a tad difficult to identify which is the right group.

As a matter of fact, I have discovered that Protestants, Roman Catholics, Orthodox, as well as Jews have experienced divine interventions. Bit of a shock there for some good people. The heavenly Father appears to be far less concerned about the right group than we are.

Here are some famous examples of Divine interventions that have occurred over the centuries. In the twelfth century, St. Francis received the stigmata (the wounds of Christ from the Crucifixion) while in a retreat on Mount Verna, Italy. Brother Leo, who accompanied Francis at the time, described the wounds on his hands, feet, and side as being exactly what the scripture details occurred during the crucifixion. The sanctity of Francis’s life through the centuries stood as a sober testimony to this miraculous experience.

However, these unexpected interventions did not stop. One of the most remarkable events that continues to bring healing is the story of Bernadette Soubirous of Lourdes. In 1858, she and two companions were gathering sticks when Bernadette disappeared. Later found in a small cave, she seemed to be in a trance. Crowds followed her to the grotto where she prayed. In one of her sessions, she was told to dig in the soil and a spring sent a new stream of water down the hill. From that pool of water, a man had his blind eye cured. A woman with a paralyzed hand regained its use. Five more miracles occurred that spring.

The grotto of Lourdes still records such miraculous events even to this day. For the Roman Catholic Church to accept such events as divine they must be spontaneous, complete cures, and permanent. However, many other cures have followed that don’t fit their tight definition but are just as real.

With some similarities, in the town of Medjugorje, Bosnia, three girls and a boy envisioned a young woman holding a child. They came to believe it was Mary, the mother of Jesus. The young seers held conversations with the apparition that gave them messages of pending warnings. In August, 1981, mysterious phenomena were seen in the sky by at least 150 onlookers. One of my friends was there when this occurred and shared with me how amazed he was as the sun changed and he looked at it without any injury to his eyes.

I am not suggesting that what we believe and the doctrines that we hold are unimportant. Certainly they guide and give us direction. However, the interventions by the hand of God appears to be totally independent of these positions. To put it another way, the love of God appears to occur because of need, not belief.