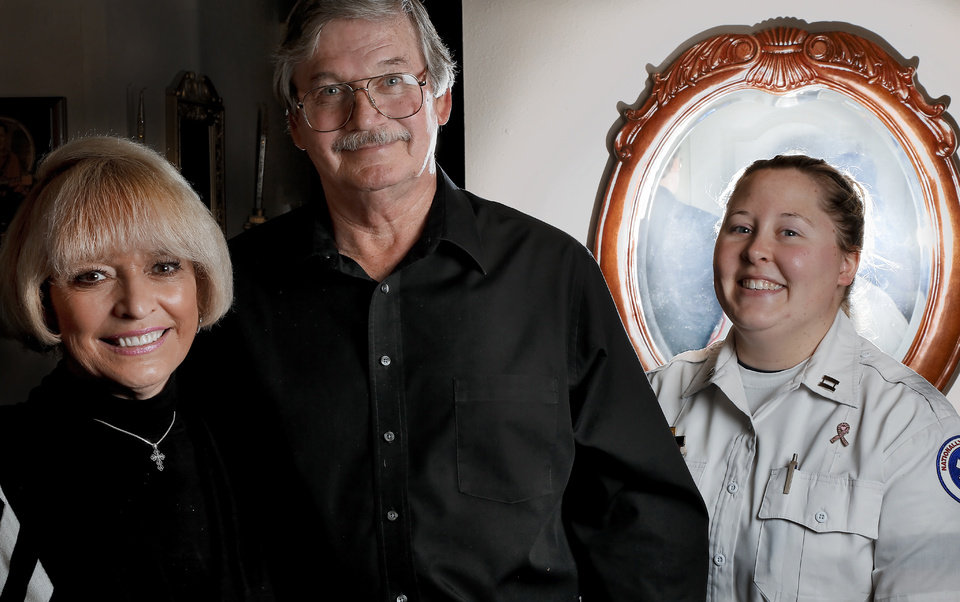 MIRACLES NEVER CEASE ~ DO YOU HAVE AN EXPERIENCE TO SHARE? Robert Wise would be delighted to learn about your divine intervention. If you have a story to share, please contact him at revwise@att.net. He’s looking forward to hearing from you.

While reading The Oklahoman daily newspaper, I found the story of Don Houston’s near-death ordeal. Because Don’s experience intrigued me, I found the Houston’s and spent time with them. Don told me what happened.

Congestive heart failure ran in his family, taking his father at 58 and his brother at 56. Don is in the 2% who survive this condition. Because bronchitis made Don snore, Rita often slept in another room, but on this night she didn’t. In the middle of the night, she heard a “death rattle” and panicked. When she rolled Don over, there was no movement and nothing would wake him up. His tongue began to hang out. Rita called 911 and called for an ambulance as well as receiving instructions on performing CPR.

When the ambulance arrived, the attendants stuck needles in Don’s feet and received no response. By the time he got to the hospital, the only things keeping him alive were machines. The doctors gave Rita no hope that he would regain consciousness. She was told he probably wouldn’t recognize her if he ever woke up. The best they could hope for was a nursing home.

Rita asked the ER doctor if they could go into his secluded room and pray. With Don’s two daughters, she made a prayer circle around the bed and began to pray fervently. Rita kept praying over and over, “Jesus help us.”

The hospital put Don in an induced comma called the “Arctic Sun” where his body temperature was reduced down to around 90 degrees Fahrenheit. For four day he was the “frozen man” with his arms tied down to the bed.

And what was happening with Don?

Don became aware and looked around. He was in a totally white room with no windows and two distinct doors. The voice of God said, “Don, you had a heart attack.” The room suddenly lit up and arch-shaped widows appeared. Don saw figures walking by. They all had the same features, and the same colored hair. Each wore a white robe. He realized they were angels.

Don felt totally peaceful with no worries. Finally, one of the angels said, “Come with me.”  The angel escorted him through what Don calls “the door of second chances.” Suddenly, he was back in his body.

Rita stared. Don’s eyes had always been a greenish brown. Now, they were the prettiest bright blue eyes, she had even seen.

Today Don is inspired to tell everyone that there is life after death. He says, “I do know for a fact, there is something out there and you’re not alone. There is something there to comfort you and help you along the way and they’ll lead you. You need to get God in your heart because you never know when you’re going to pass.”

Can we call the results a miracle? Even a skeptic has to throw in the towel on such a phenomenon. For all practical purposes, Don was dead and the medical profession did not expect a recovery. However, we define life, Don Houston came back because he was filled with renewed life that only heaven can give.